The Everest region, commonly known as the Khumbu, is also the home of the Sherpa people and the mysterious Yeti! Khumbu Himal has 26 mountains all above 6000 metres, including Makalu, Lhotse, Nuptse, Cho Oyu, Ama Dablam and of course Mt Everest. Called Sagarmatha by the Nepalese and Cholmolongma - Mother Goddess of the Earth - by the Tibetans and Sherpas, Everest is the premier attraction for many trekkers to this region, and a walk to Everest Base Camp has become a classic trail. In the Khumbu, Buddhism is the Dominant religion. Along the trails you will encounter many monasteries, prayer flags and prayer wheels, mani walls and other evidence of the spiritual awareness of the inhabitants. The Sherpas are also known for their warm and friendly hospitality. Walking here can be less arduous than the ups and downs of routes in the Annapurna region, but it is at higher altitude, and care must be taken to allow proper acclimatization to the less-oxygen-rich air as you ascend. All treks commence by flying to Lukla, which at 2800 metre is already significantly higher than Kathmandu or Pokhara (our starting point for Annapurna treks). The landscape too is different from the Annapurna region, quickly developing more dry, rugged, rocky and alpine characteristics. A scenic flight over the Everest region is possible, to give you an interesting different perspective of the area. We also suggest you consider a visit to Chitwan Wildlife Park before or after your trek, for a relaxing safari in the warmth of the Terai region, to round off your Nepal adventure.

Destination : Nepal
After exploring Kathmandu, we take a short flight to the hillside village of Lukla (2800m). Through the diverse and eye-catching...
view more

Destination : Nepal
Pikey Peak is located at Lower region of Solukhumbu district at an altitude of 4070 m. From Pikey, we can...
view more

Destination : Nepal
We spend two nights in Kathmandu and then fly out to Lukla where our trek starts. Heading up the Dudh...
view more

Destination : Nepal
After two days exploring the fascinating city of Kathmandu, we fly to Lukla to commence our trek. We follow the...
view more

Destination : Nepal
After exploring Kathmandu, we take a short flight to the hillside village of Lukla (2800m). Through the diverse and eye-catching...
view more

Destination : Nepal
After exploring Kathmandu, we fly to Lukla and then up the Dudh Kosi Valley through pine and rhododendron forests, with...
view more

Other Destinations
Other Activities 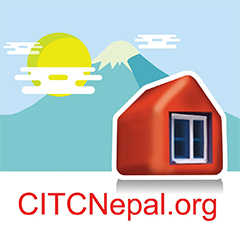